Solving big problems requires seeing the big picture. But for many of today’s innovators, a truly global point of view is out of reach since access to space has long been limited.

Paul G. Allen founded Stratolaunch to get game-changing ideas off the ground by making space launch more reliable, affordable and accessible than ever before. From uncovering better climate data to protecting endangered species to solving humanitarian challenges, the potential benefits of data collected from satellites are world-altering.

It’s these possibilities that drove us to develop the world’s largest plane, which acts as a launch pad in the sky, bypassing many of the hazards that cause ground-launch delays here on Earth. From our base of operations at Mojave Air & Space Port, we’re creating a world where booking a satellite launch is as routine and convenient as booking a plane ticket. So more people — across more industries — can see their big ideas take flight.

With Stratolaunch, the most exciting thing about space is how amazingly close it is. 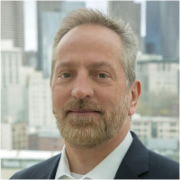 Jean Floyd is CEO of Stratolaunch, which aims to make access to space more convenient, reliable and routine. Floyd has more than thirty-eight years of industry experience and is uniquely qualified to oversee and lead the testing and evaluation phase of the carrier aircraft.

Floyd is a seasoned aerospace professional who has experience leading air launched space vehicle, launch operations, and spacecraft programs. A graduate of the US Air Force Academy, Floyd’s legacy in space began on active duty in the Air Force and continued as the program manager for Orbital’s Pegasus system. Most recently, Floyd was vice president and general manager for the civil and defense division at Orbital ATK, where he managed P&L responsibilities of Human Space Systems, National Security Space, Science and Environmental, and Advanced Flight Systems. 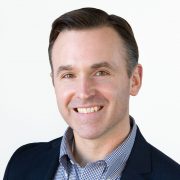 Dr. Zachary Krevor is responsible for engineering at Stratolaunch, including the conversion of the carrier aircraft into a mobile launch platform, launch vehicle development and the technical integration of launch systems within the Stratolaunch architecture. Dr. Krevor also oversees mission systems, mission operations, and ground and airborne support equipment.

A Ph.D. graduate of the Georgia Institute of Technology, Dr. Krevor has experience with a wide range of spacecraft and launch vehicle programs. He worked as both a reliability engineer and a propulsion analyst for the Lockheed Martin Orion program and was a member of Lockheed’s Altair Lunar Lander team. Most recently, Dr. Krevor was a Chief Systems Engineer on the Dream Chaser program for Sierra Nevada Corporation. He worked primarily with the Commercial Crew variant and led the Advanced Development group. Dr. Krevor is also a senior member of the American Institute of Aeronautics and Astronautics (AIAA) and the Space Systems Technical Committee. 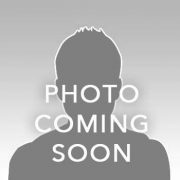 Stephen Corda serves as the Chief Technology Officer for Stratolaunch, supporting its mission to become the world’s leading provider of high-speed flight test services. He is responsible for overseeing many of the technical aspects of the company with an emphasis on the development of hypersonic vehicles and systems.

Stephen has 40 years of experience in the design, development, and flight testing of experimental aerospace vehicles and systems. Prior to joining the Stratolaunch team, he served in various engineering, management, academic, and flight operations positions at The Johns Hopkins University Applied Physics Laboratory, the NASA Armstrong Flight Research Center, the U.S. Air Force Test Pilot School, the U.S. Naval Academy, the University of Tennessee Space Institute, and Virgin Galactic-The Spaceship Company. As a commercial pilot, flight test engineer, and flight research pilot, he has flown 3,500 hours in over 60 different types of civilian and military aircraft. He holds BS, MS, and PhD degrees in Aerospace Engineering from the University of Maryland and an Aeronautics Diploma from the Von Karman Institute for Fluid Dynamics in Belgium, all specializing in hypersonics. He is the author of Introduction to Aerospace Engineering with a Flight Test Perspective. 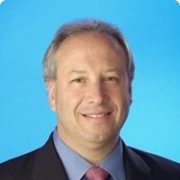 Mark Bitterman is vice president of government relations and business development at Stratolaunch.  As part of the Strategic Development team, he is responsible for building and managing alliances with customers in both government and industry.

Prior to joining Stratolaunch in 2017, he was an Associate specializing in national security policy (at the National Reconnaissance Office) at the strategic consulting firm, Booz Allen Hamilton.  Prior to joining Booz Allen, Bitterman was Vice President of Government Affairs and Communications for United Launch Alliance (ULA) headquartered in Denver, Colorado.

Bitterman also spent 19 years as senior vice president for Government and External Relations at Orbital Sciences Corporation. He came to Orbital from the Pentagon, where was special assistant for Legislative Affairs in the Office of the Secretary of Defense.

Bitterman was commissioned a Naval Reserve Intelligence Officer in 1986 and spent 9 years in domestic and overseas assignments.

Bitterman holds a Master of International Affairs degree from Columbia University  and a Bachelor of Science degree in international politics from Rutgers University.